Rosewood Academy and High School is moving to a new website: RWAHOMESCHOOLING.COM

and we have a new email address for our Alabma folks: Alabama@rwahomeschooling.com

All of our forms for 2021-22 can be found on our new website. If you have any questions please email us at Alabama@rwahomeschooling.com or give Vienna a call at (205)830-5921 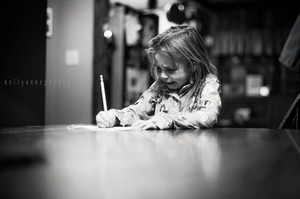 Common Core is being seen as a Federal Takeover of Education , please learn as much as you can from different sources:   Common Core 101

Land of the Free

How the government plans to Data mine our children

American Taxes paying for Islamic proselytizing in our educational system

The designers of the new systems fully intend for homeschool and private school students to be part of the massive data collection.  HSLDA on Common Core

1. The following are from various sources:

The ultimate goal of Common Core is to have every school district follow the same national standards. This is a failed educational approach that will undermine educational quality and choice. States and local communities better know how to design standards based on their students and parents' needs than Washington bureaucrats.

2. Common Core is Bad for Parents

3. Common Core is Bad for Teachers

Teachers would have little control over their classrooms under Common Core. They will be forced to comply with standards decided upon by federal bureaucrat. This leaves little to no room for teachers to innovate to meet the unique needs of their students.

4. Common Core is Bad for Taxpayers

5. Common Core is Bad for Students

Common Core is a one-size-fits-all education policy that assumes every students learns exactly the same. A top down and centrally controlled standards will hurt students' creativity and learning. Good education policy realizes that all students have different learning styles, preferences, and paces.

The Race to the Top Grants associated with Common Core violates privacy by "data mining" information about students that will follow them the rest of their lives. The information collected is more than just test scores and academic progress. Common Core will track information on religious practices, political beliefs, "sex behaviors and attitudes", and more.

A main criticism of the failed No Child Left Behind program is that teachers "teach the test." This means that students are memorizing rather than learning and critical thinking about information. Common Core would resemble No Child Left Behind by requiring students to take national standardized tests to measure their progress.

The federal government should not control education. Since education is not specifically listed in the Constitution, the authority over education should be left up to the states and the people. This allows localities from New York City to rural Alabama to design unique curriculums that are best for their students.

9. Common Core Will Require Some States to Move Backwards

Washington has tried one-size-fits-all education approaches time and time again. Centralized education programs have not worked and will never work. The quality of education has only declined over the past few decades. The solution is to get the federal government out of the education business.

Posted: June 18, 2010 | Author: jatinderdaniels | Filed under: Children, Health |6 Comments
Bertrand Arthur William Russell, 3rd Earl Russell (1872-1970) was a renowned British philosopher and mathematician who was an adamant internationalist and worked extensively on the education of young children. He was the founder of the Pugwash movement which used the spectre of Cold War nuclear annihilation to push for world government. Among many other prizes, Russell was awarded the Nobel Prize in Literature in 1950 and UNESCO's (United Nations Educational, Scientific, and Cultural Organization) Kalinga prize in 1957.

Bertrand Russell wrote in his book entitled The Impact of Science on Society (1952) that:

"It is to be expected that advances in physiology and psychology will give governments much more control over individual mentality than they now have even in totalitarian countries.

Fichte laid it down that, education should aim at destroying free will, so that, after pupils have left school, they shall be incapable, throughout the rest of their lives, of thinking or acting otherwise than as their schoolmasters would have wished. But in his day this was an unattainable ideal: what he regarded as the best system in existence produced Karl Marx. In future such failures are not likely to occur where there is dictatorship.

Diet, injections, and injunctions will combine, from a very early age, to produce the sort of character and the sort of beliefs that the authorities consider desirable, and any serious criticism of the powers that be will become psychologically impossible.

Even if all are miserable, all will believe themselves happy, because the government will tell them that they are so."

Above was written so long ago yet it reflects what is happening today, IMO. I find this kind of stuff eerie... yet enlightening I don't wear rose tinted glasses like I used to. 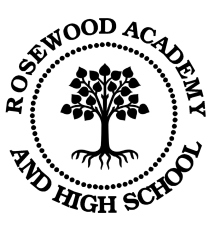 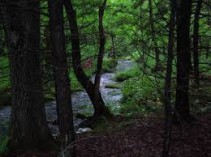